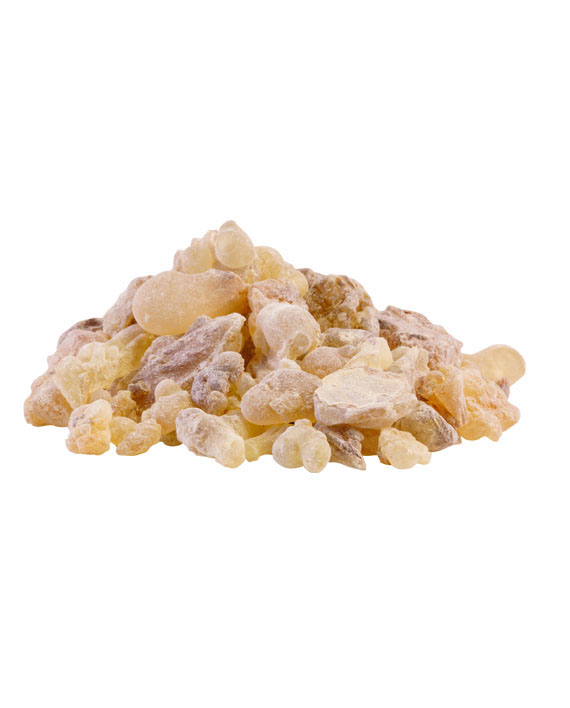 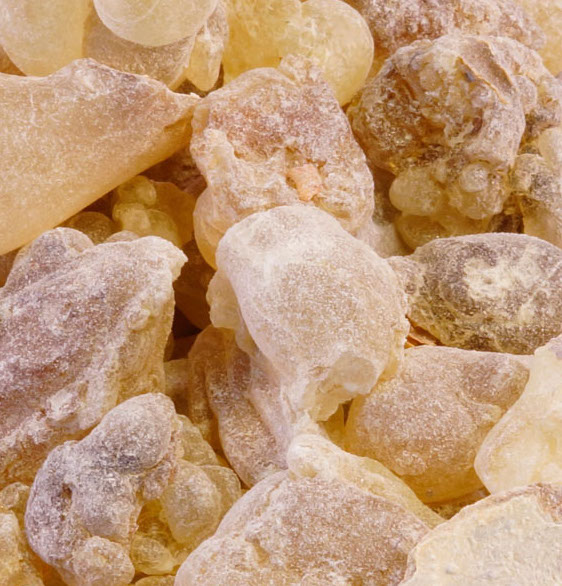 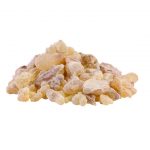 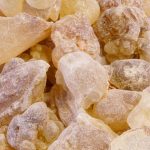 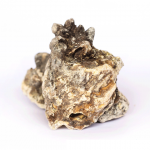 Organic Wild Frankincense harvested in the desert of Dhofar in the South of Oman. This area is renowed for the best quality of frankincense in the world. Franckinsense is a sacred resin which is used in a wide variety of products such as perfumes, oils or traditional remedies.

Frankincense (also known as olibanum, Hebrew: לבונה [levona], Arabic: al-lubān) is an aromatic resin used in incense and perfumes, obtained from trees of the genus Boswellia in the family Burseraceae, particularly Boswellia sacra (syn: B. bhaw-dajiana), B. carterii, B. frereana, B. serrata (B. thurifera, Indian frankincense), and B. papyrifera. The English word is derived from Old French “franc encens” (i.e., high quality incense).

There are four main species of Boswellia that produce true frankincense. Resin from each of the four is available in various grades, which depend on the time of harvesting. The resin is then hand-sorted for quality.

Frankincense comes in many types, and its quality is based on color, purity, aroma, age, and shape. Silver and Hojari are generally considered the highest grades of frankincense.

The English word frankincense is derived from the Old French expression franc encens meaning high-quality incense. The word franc in Old French meant noble or pure.[ A popular folk etymology is that this expression derived from the fact that the Frankish people (the forefathers of modern France and Germany) (re-)introduced the spice to Western Europe during the Middle Ages. However, though the ethnic term Frank and the generic term frank are probably related, it is nevertheless the generic term from which the word francincense in fact derives.

The term olibanum is a Medieval Latin word that derives from the Latin expression oleum libani (“gum of francincense”). The Latin word libanus/libani in turn derives from the Greek libanos/libanotos, itself derived from a Semitic source (c.f. Arabic lubān)

Frankincense is tapped from the scraggy but hardy trees by slashing the bark, which is called striping, and allowing the exuded resin to bleed out and harden. These hardened resins are called tears. There are several species and varieties of frankincense trees, each producing a slightly different type of resin. Differences in soil and climate create even more diversity of the resin, even within the same species. Boswellia sacra trees are considered unusual for their ability to grow in environments so unforgiving that they sometimes grow out of solid rock. The initial means of attachment to the rock is unknown, but is accomplished by a bulbous disk-like swelling of the trunk. This growth prevents it from being ripped from the rock during violent storms. This feature is slight or absent in trees grown in rocky soil or gravel. The trees start producing resin when they are about eight to 10 years old.[6] Tapping is done two to three times a year with the final taps producing the best tears due to their higher aromatic terpene, sesquiterpene and diterpene content. Generally speaking, the more opaque resins are the best quality. Fine resin is produced in Somalia, from which the Roman Catholic Church purchases most of its stock.[7]

Recent studies have indicated that frankincense tree populations are declining, partly due to over-exploitation.[8] Heavily tapped trees produce seeds that germinate at only 16% while seeds of trees that had not been tapped germinate at more than 80%. In addition, burning, grazing, and attacks by the longhorn beetle have reduced the tree population.[9] Conversion (clearing) of frankincense woodlands to agriculture is also a major threat